In cooperation with the art advisor Horst Grabenheinrich from Gütersloh the company offers a room to artists in order to present their works of art and make art available, entitled "Kunst + Arbeit" A creative tour arises from the open, clearly structured and modern architecture of the offices, in the complete building, during the working time. No corner of the company remains unused. Even the hoist becomes a showroom with special atmosphere by a work of art.

Honoured with the star of the week, the cultural project got the star of the year (culture award 2013) for special cultural performances by the newspapers Neue Westfälische, Haller Kreisblatt and Lippische Zeitung on February 24th 2014. In the same year, there was another award for the outstanding cultural engagement: The Kulturförderpreis Ostwestfalen- Lippe (OWL).

The review of the last years: 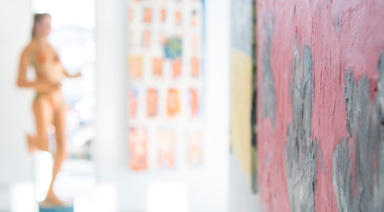 The sea - it exerts a great appeal on artists from all over the world. Dutch „See Stücke“ and the representation of the ark as an aurochs biblical topic are world-famous. In this exhibition the view on the sea unites 10 artists and their work... 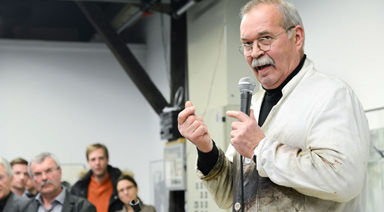 The North German painter, draughtsmen and graphic artist Otto Beckmann was born in 1945 in Mecklenburg-Vorpommern. At first he lived on the island, named Föhr and then in Lübeck-Travemünde. For three years he studied art at the teacher training college... 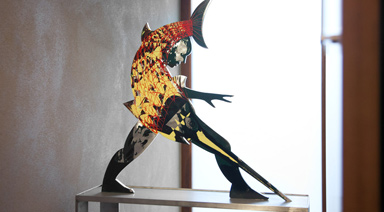